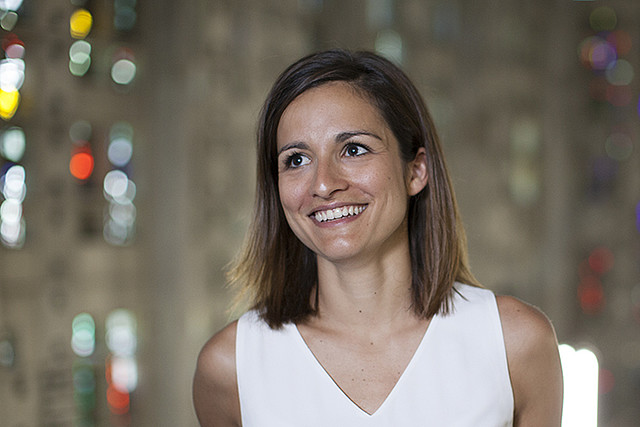 Julie was born in France, brought up in the French West Indies and grew up in Canada. At the age of twelve she began her professional dance training at Arts Umbrella in Vancouver under the guidance of artistic director Artemis Gordon. As part of the Arts Umbrella Dance Company, she worked with choreographers such as Emily Molnar, Shawn Hounsell, Matjash Mrozewski, Roberto Campanella, Crystal Pite, Gioconda Barbuto, Serge Benathan and Sabrina Matthews. Upon graduating from Arts Umbrella, Julie first moved to Toronto to work as a freelance dancer.

She performed mainly with ProArteDanza in choreographies of Roberto Campanella, Robert Glumbek, Matjash Mrozewski and Emily Molnar. She then followed her dream and moved to Europe where she joined Kevin O'Day Ballett Nationaltheater Mannheim. As a solist, she took part in many new creations by Kevin O'Day, Dominique Dumais, Lukas Timulak and Robert Glumbek. Robert Glumbek has been influential in many aspects of Julie's career. He has created works for and with her and has continuously trusted and supported her work. Julie worked along side him as choreographic assistant and has set his work in Poland and Canada. Together with Veronika Kornovà-Cardizzaro and Kevin O'Day, they both created Triggers.

During her time with Kevin O'Day Ballet NTM, Julie had the opportunity to create works as part of the yearly Choreografische Werkstatt. These experiences re-ignited her passion to create choreography. After her departure from the theatre, she intensified her focus on developing her own choreographic voice. Julie worked many years with La_Trottier Dance Collective, a collective of local artists. It is through her work with the collective that she defined in more depth her artistic vision. Together with her long time friend and collaborator Michelle Cheung, she created two full length works un/feminine and en passant as well as the short piece CIRCO. Most recently, the duo joined forces with Jonas Frey and Joseph Simon to create Falling.

Her relationship with theatre director Andrea Gronemeyer, was initiated through a solo that Julie created for the Choreografische Werkstatt in 2011. Their encounter led to the creation of TanzTrommel that she danced and choreographed alongside percussionist and performer Peter Hinz. The piece was awarded the prestigious Faust Preis for best Children's Theatre Production in 2013.

Throughout her career, Julie has been drawn to working with and for young audiences. Her collaborations with Junges Nationaltheater and the Schauburg in Munich intensified that bond. When EinTanzHaus founded its own Junior Dance Company, she did not hesitate to join Jonas Frey, with whom she has the pleasure of leading the project. Julie is currently part of the team of EinTanzHaus and is responsible for the concept and organisation of courses, workshops and professional dance training. She is jumping between project management, choreographing, teaching and dancing! 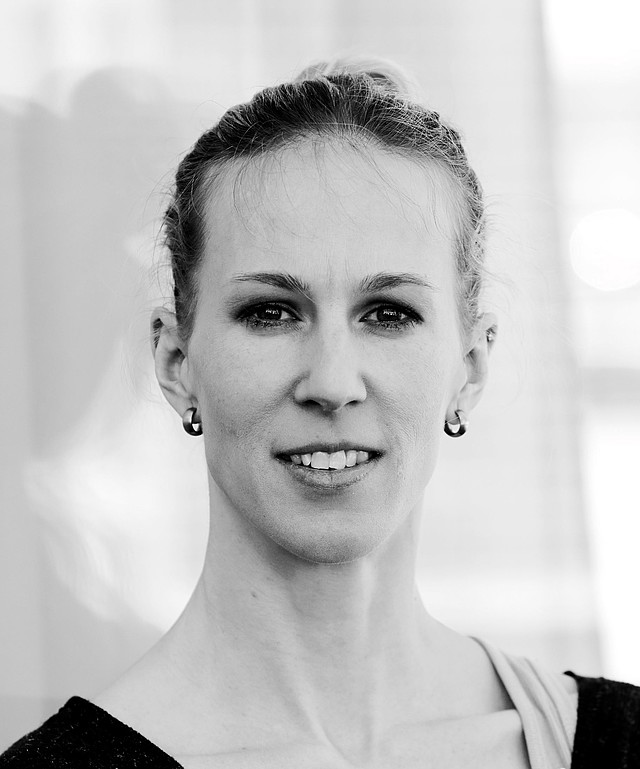 Born in Prague, Czech Republic. She completed her dance training at the Dance Conservatory in Prague. A scholarship from Birgit Keil dance foundation led her to postgraduate studies at the Academy of dance in Mannheim.

In 1999 she became a Soloist at the National Theater in Mannheim, where she danced for 17 seasons. For outstanding artistic achievements she received the Arnold-Peterson-Preis in 2008.
She worked with choreographers such as Kevin O'Day, Dominique Dumais, Philippe Lizon, Bridget Breiner, Pieter de Ruiter, Antonio Gomez, Emily Molnar, Lukas Timulak.

Her own choreographies were created for the Choreographic Workshop in the Studio Werkhaus of the National Theater Mannheim and for the Theater Felina-Areal Mannheim. Since 2016 she is a freelance dancer at International Ballet Galas, at fundraising dance performances and in various dance projects. Together with Julie Pécard, Robert Glumbek and Kevin O'Day, she created dance piece Triggers in June 2019 at Eintanzhaus.

She is also a pedagogue at the Academy of Dance in Mannheim, she teaches Ballett classes at Aki Kato Tanzforum and Creativ children's dance at Eintanzhaus. 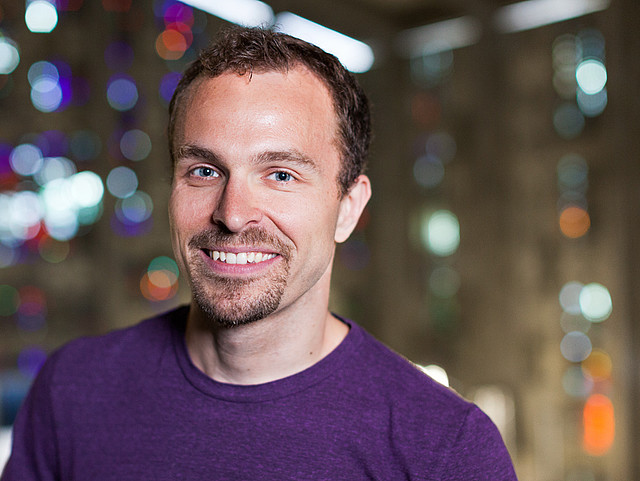 Jonas grew up in the hip hop scene of Heidelberg in the 90s. At the age of 14 he discovered his passion for dance and started breaking. As a B-Boy he was active in the scene with various crews. From 2009 to 2013 he studied at the ArtEZ School of Dance, Netherlands, where he graduated with a Bachelor of Dance in Education. Since then he has been working mainly as a freelance dancer, choreographer and dance facilitator. His work always incorporates ideas from hip hop culture, his knowledge from his studies, and his experience as a contemporary dancer. Together with Julie Pécard, he leads the Junior Dance Company at EinTanzHaus in Mannheim. 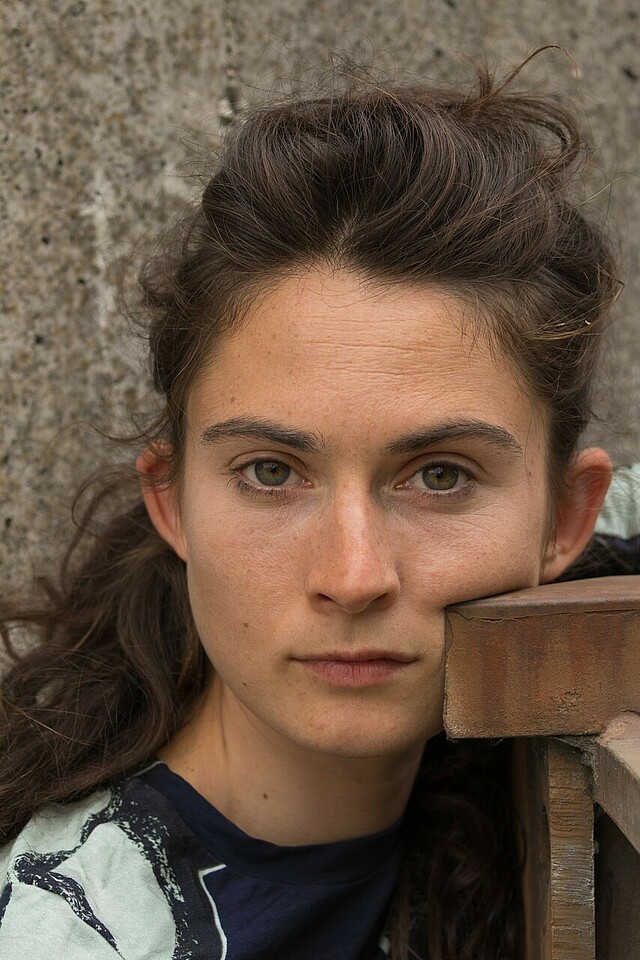 Miriam Markl has been working as a freelance dancer and choreographer in Mannheim since 2017. One of her major interests is to inspire people for performance art who might usually have little contact with it. With this in mind, she explores the interface between everyday life and art. She has shown pieces in Germany, Italy, Switzerland, in theaters, in the public space and at public parties. She has danced for many freelance choreographers and several times as a guest dancer at the Stuttgart State Opera.Photo (c) Rolf Schmuck 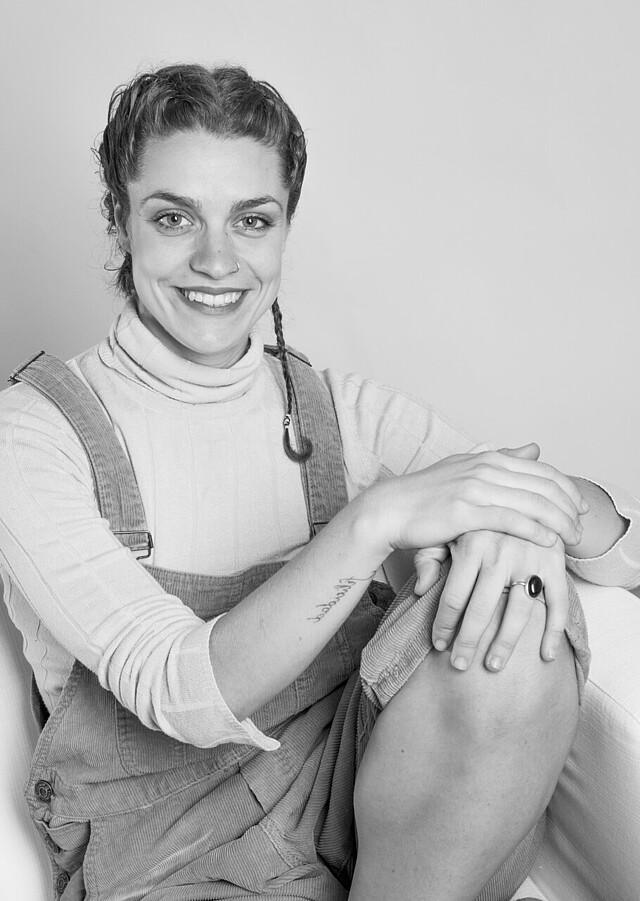 Martina Martín studied at the Royal Conservatory of Dance in Madrid. Upon her graduation in 2012, she joined balletMainz as an apprentice under the direction of Pascal Touzeau. Since 2020 she lives and works in Mannheim. As a guest artist and guest choreographer, she has worked internationally including caraBdanza, Proart and veozDanza México. She has also worked with Staatstheater Karlsruhe as well as with NostosTanzTheater. Festivals and competitions she has participated in include Ibérica Contemporánea 2017 and Ibérica Contemporánea Dance Competition where she won the first prize for her choreographic work. In 2019, she had the chance to develop her work Cartes Postales d’un Migrant in collaboration with musician Pepe Pereira and the dance company Led Silhouette.