Unfortunately, this event must be postponed.

"Solo for Future Feminism" is the subtitle of the newest solo HATE ME, TENDER by Teresa Vittucci - a research on hate and feminism. In her work Vittucci curiously elaborates on the Virgin Mary, one of the most crucial and defining female figures. With a gentle violence Vittucci begins to unravel the queer potential of a figure which is culturally seen as epitome of purity, innocence and perfection, icon of the compassionate woman and mourning mother. Revered by the church authorities in her function as the Mother of God, criticised by feminist movements for the female stereotypes this figure has brought forth - the virgin has polarized generations, not least for being a woman. In her solo Vittucci embarks on a tender crusade to reinstate the matriarch Mary in her role as a powerful heroine and ambassador of a queer feminism, armed soley with the weapon of a vulnerable compassionate heart. 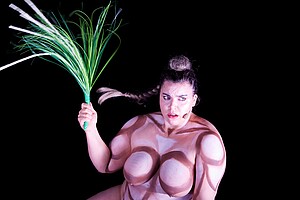 Teresa Vittucci (*Vienna) graduated from Vienna Conservatory, The Ailey School, Salzburg Experimental Academy of Dance (SEAD) and University of Arts Berne where she received her Masters in Expanded Theater. Since 2013 she has been developing a solo performance practice through her works UNLEASH (2012), LUNCHTIME (2015), ALL EYES ON (2017) and HATE ME, TENDER (2019). She has collaborated with several artists and institutions including Staatstheater
Mainz, Tanzhaus Zürich, Simone Aughterlony, Marie Caroline Hominal, Trajal Harrell, Gil and Nils Amadeus Lange, whith whom she made the duo U BETTA CRY (2013) with. Her works have been presented at Swiss Dance Days 2015 and 2019, Tanzhaus Zürich, Gessnerallee Zürich, les urbaines, brut Wien, Sophiensaele Berlin, Impulse Theaterfestival WUK Performing Arts, Manifesta 12 and several others. Teresa has received the ImPulsTanz danceWEB scholarship 2013 (Ivo Dimchev),
the Foreign Study Scholarship of the Austrian CultureMinistry (BKA), the STARTstipendium scholarship from BKA as well as the TURBOResidency at ImPulsTanz 2014 and 2018. 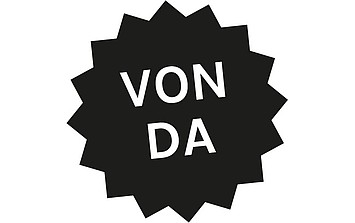