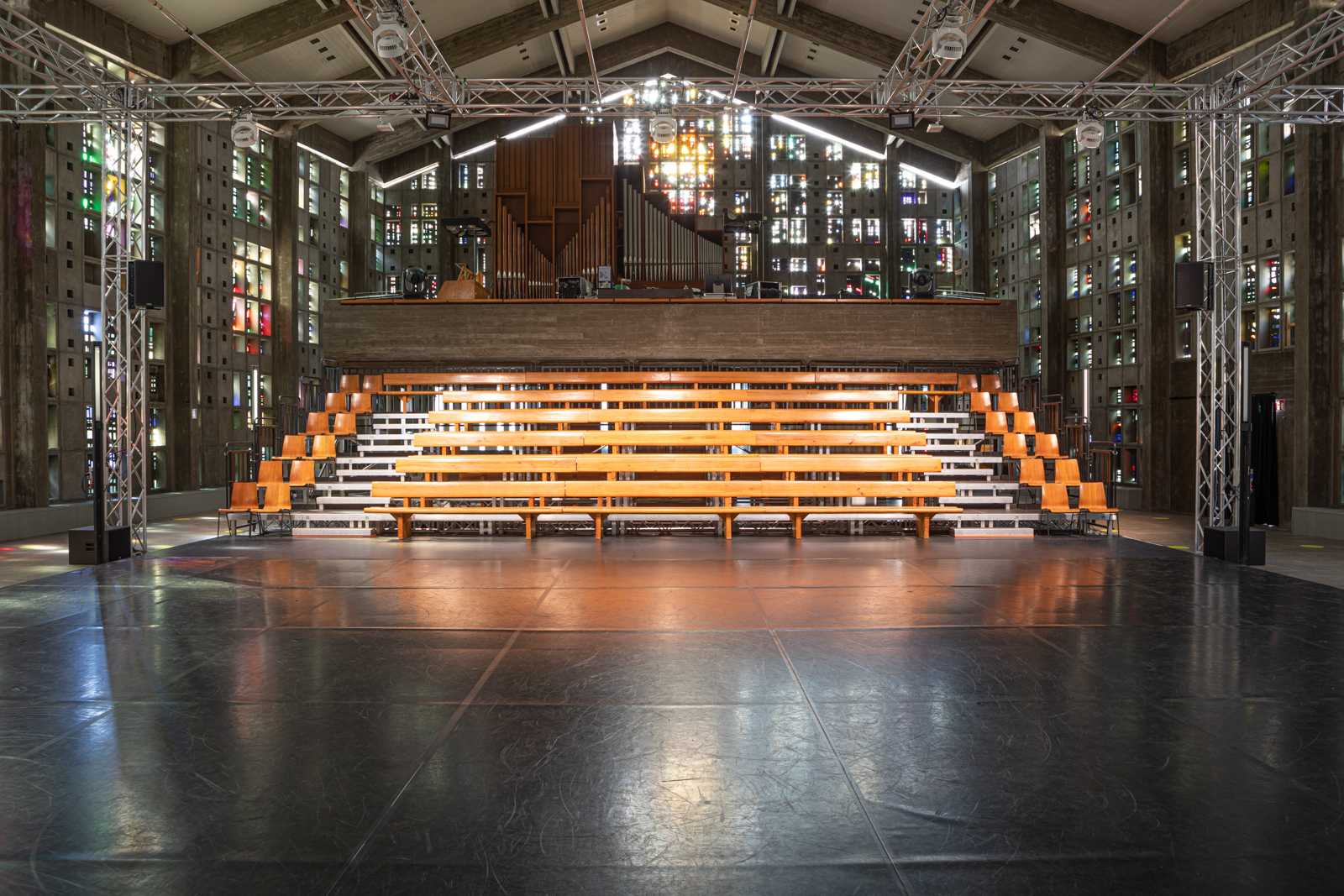 The EinTanzHaus is a venue for contemporary dance and cross-disciplinary projects. It's home is in a landmarked church in the heart of Mannheim, City of Squares, and was founded in 2017 by an artists' initiative. The goal was to create an innovative center with a professional infrastructure for independent creative work. The EinTanzHaus draws on this founding spirit and further promotes the positioning of the independent Rhein-Neckar art scene in a national and international context.

EinTanzHaus serves as a production site for choreographers and dancers, as a venue for guest appearances, as a forum for experimentation, as a classroom, and as a meeting point for the local cultural scene. Performance, drama, music and discursive events complete the program. Open formats invite the community to use the stage area in classes or during dance events themselves. These open formats are on an equal footing with art productions and professional offers for dancers.

Founding the venue was facilitated through a collaboration of various individuals from the art scene, the church, and the city. We see the redefinition of our space which was formerly used as church as symbolic for our program. Consequently, the themes transformation, redefinition, interdisciplinary cooperation, and space-based projects are definitely the focus of our artistic interests. The theatre architecture built into the Trinitatis Church enables a direct encounter between art and spectator. The building's history and its origin as church still call upon the historic architecture of Helmut Striffler creating a unique atmosphere for artistic production. The concrete and glass building is an example of Brutalist architecture, and provides an extraordinary framework both for artistic work and art appreciation. Parts of the church history, such as the wooden church pews, were integrated into the theater and make the history of the building tangible. 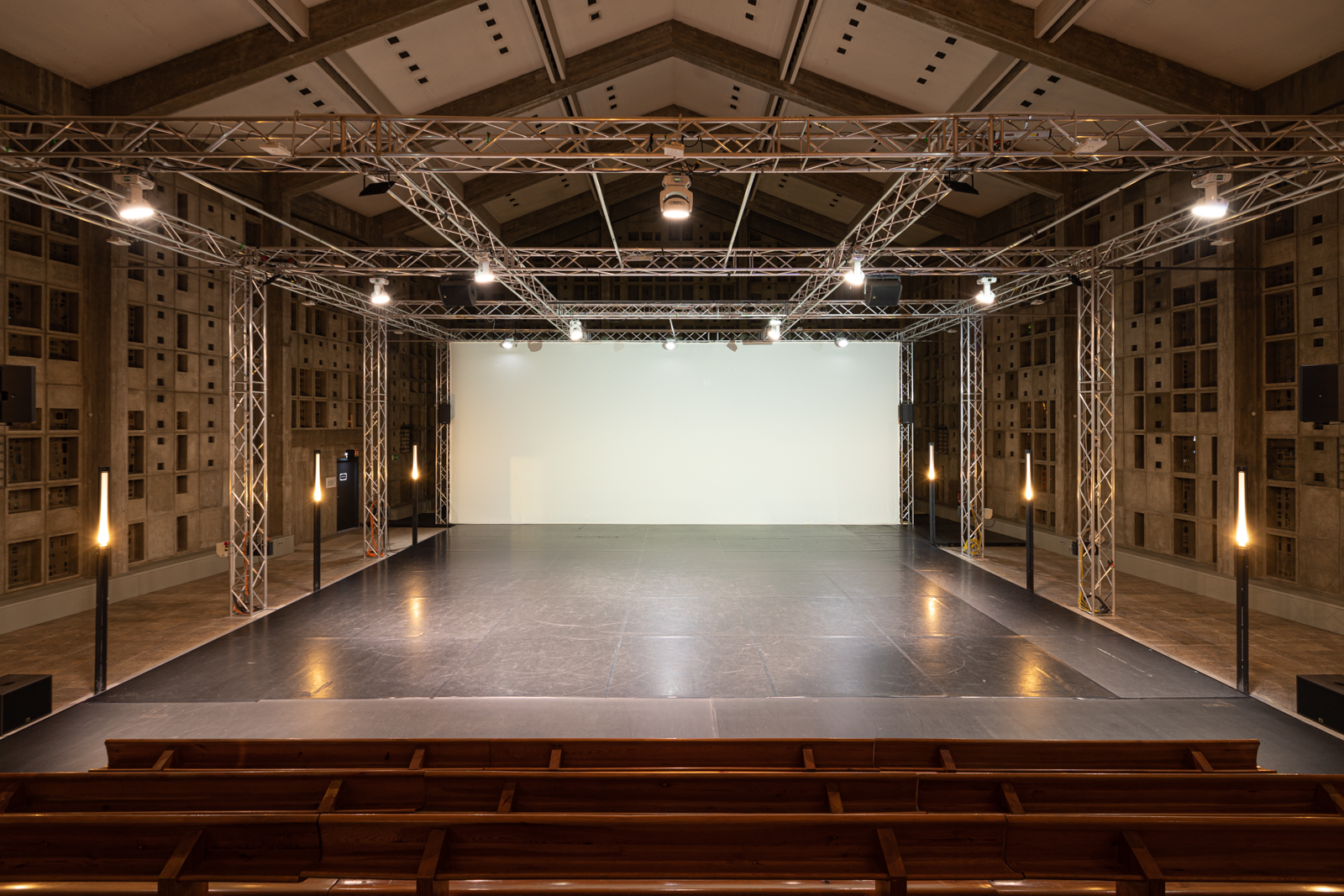 The present day Trinitatis Church was constructed between 1956-59 upon the ruins of the original building, based on the plans of Helmut Striffler (1927-2015). The uncompromising, modern construction paved the way with its composition and materiality for the Gedächtniskirche in Berlin (architect: Egon Eiermann). Seen from an architectural and historical point of view, the Trinitatis Church is one of the most significant churches among the regional churches of Baden-Württemberg. It has been designated as a cultural monument of particular importance since 1994. 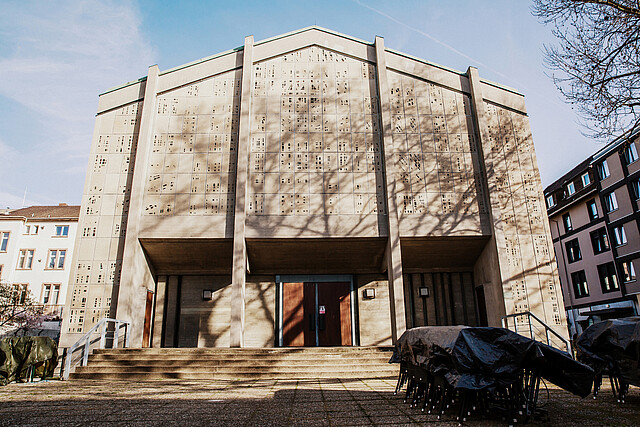 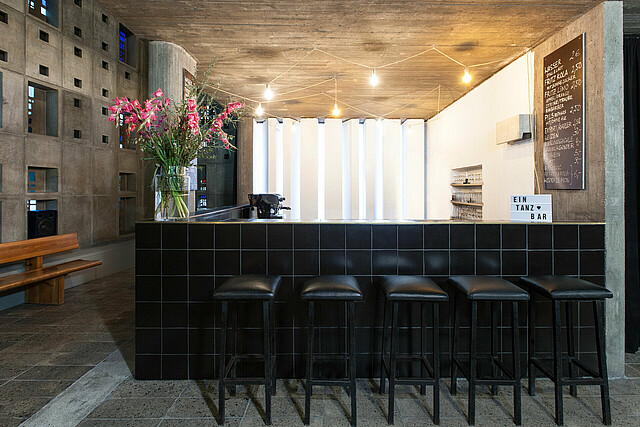 In 2015, the Trinitatis Church was offered to the city of Mannheim for interim use. In a two-step competition, innovative ideas concerning the usage of the landmarked church were sought and the EinTanzHaus was able to assert itself with its winning concept. The synergy between the sacral church architecture and a cultural platform represents an innovative reorientation for the dance and theater field, which can be seen as the reutilization of the church as a symbol for a lively confrontation with social change, culture and thinking outside the box. Innovation, for the EinTanzHaus Association, not only stands for the thematical confrontation with different visions of the future, but also the execution of an exceptional architectural concept.

Both the dance scene in Mannheim and the audience has steadily been growing throughout the last few years. Out of the necessity to create a space for dance, Daria Holme and Éric Trottier (La_Trottier Dance Collective) founded the EinTanzHaus Association. Together they planned a mobile dance room on the banks of the Neckar, initially in cooperation with the EinRaumHaus. The tendering of the Evangelical church gave the initiative a new direction. The concept EinTanzHaus was adapted to the Trinitatis Church and the new possibilities the building offered. They expanded their team by adding Mireille Göhring (architecture) and Damian Chmielarz (technical equipment).

DARIA HOLME was born in Mannheim and studied at the Gerrit Rietveld Academy in Amsterdam (NL). Since graduating in 2000, she has worked as a freelance graphic artist and designer in the field of culture for art museums, visual artists, dance and theater ensembles, as well as festivals in Amsterdam and Karlsruhe. Moreover, she opened her studio in Mannheim in 2009. She has worked for many culture projects in the region, for example at the theater festival Schwindelfrei, 7P Fotofestival MA/LU/HD and the EinRaumHaus in Mannheim. She has also worked extensively outside the region for the Bojimans van Beuningen Museum Rotterdam, the Steedelijk Museum Amsterdam, the ZKM Karlsruhe, the Westphalian State Museum of Art and Cultural History and in countless independent art projects and galleries. In 2010, she started the art magazine The Kindertseitung which received many awards including the Lead Award and the UnCover Design prize. Since 2017 she is the director of EinTanzHaus.

ÉRIC TROTTIER comes from Québec, Canada. His commitment to dance led him to many institutions and companies, such as the Kibbutz Contemporary Dance Company, the National Theater Mannheim under Philippe Talard, to the Tyrolean State Theatre in Innsbruck under Jochen Ulrich, the theater of the federal city Bonn, the Grand Théâtre de la Ville de Luxemourg, the National Moravian-Silesian Theatre Ostrava, the theater in Bonn's Ballsaal, as well as, the Brotfabrik in Bonn. The choreographers he has worked with include Rami Be'er, Mats Ek and Jirí Kylián. He founded the La_Trottier Dance Collective Mannheim in 2011. In 2015, Trottier won the Dance and Theatre Award of the City of Stuttgart and the State of Baden-Württemberg with the piece endless refill, which emerged from the co-production with Guido Preuß and Karel Vanek. This was followed in 2019 with an award for the production of Supermann. La Trottier Dance is the residency-company in EinTanzHaus.